Wait, what the?…. So this thing showed up on eBay yesterday and most of us are jonsing for more pictures, especially of the engine bay, how did they do this?  This van is a 1982 VW Vanagon Westfalia Camper with 107k miles on the odometer, and 20k miles on a Chevy V8 engine.  The VIN the seller provided is for a Dodge, so that’s a bit weird, and for the massive upgrades this van has seen, there are little details provided, I’m almost thinking it’s an elaborate scam?  They do say the van passed a CARB referee and has the sticker, so it’s legit in California, amazing. I’m going to email the seller and get the full scoop, if they’re willing to provide it. They might be an aerospace engineer, but it’s ovoius they’ve never sold anything like this before, at least on the open market or on eBay.  The bidding starts at $20k and the auction ends on Sunday February 15th at 9:15pm.  eBay Link

So just after I posted this, it appears the seller uploaded more photos of the eBay listing, including one of the engine, sort of. As of this afternoon, the seller updated their craigslist post as well with an asking price of $25,000. 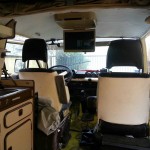 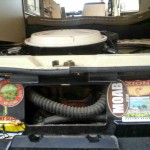 what’s hiding under there? 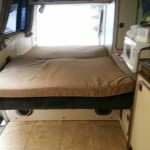