After just over a year with it’s new owner, this 1982 Diesel Westy Camper is back up for sale.  I originally found it for sale in North Carolina back in May of 2014, where the eBay final bid was only $10k?  I think every find’s it hard to believe that it only has 13k miles on it, however the free eBay Auto Check report shows this could be legit, though I’d suggest getting a Car Fax report or similar to back it up.  From the details in both listings, here’s an aggregated highlight reel. 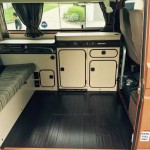 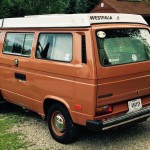 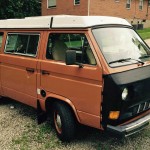 The current owner claims to have put about 3,000 miles on it since buying it early last year.  Here’s the photo set from when they brought it home, here’s it’s current state.  It appears to have the original tent canvas, which looks practically new. If you’ve never driven a stock 1.6L naturally aspirate diesel Westy,and you’re thinking about buying one, please drive one or two first.  This will be the slowest car you’ve likely ever piloted, but it will net you more than 25 MPGs in most cases, which is much better than the 17 MPG average I get in my stock ’85 1.9L gas wasserboxer.

What do you think it’s worth? Have you seen this Westy yet? Let us know this scoop in the comments below, or head on over to the individual posts about this Westy on Facebook, Twitter, Pinterest or Google+ and share your wisdom there.  The current high bid is $8,100, with 44 bids from 13 bidders.  The auction ends on Tuesday July 28th at 7:30pm PST. According to craigslist, they’re hoping for $13,500, which seems more than a fair price, at least by west coast standard.  eBay Link